How to Help Without Hurting

Over several years I carefully observed ministries in Central America, Asia, Europe, Africa, and several in the US. I set out looking for a formula, the pattern that would bring about life transformation from poverty to financial stability at least 75% of the time it’s used. I wanted to know what I could do, what a team of people could do, to affect positive change in the lives of the poor. My conclusion was a bit of a surprise. Most of the materially poor people in the world, even in third world countries, are probably worse off when we give them something for nothing. In fact, what at least 90% of the world’s poor need is development, not relief. 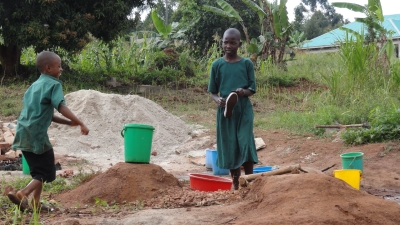 But I’ve also seen organizations who do not simply give things away. They expect people to work for what they receive. They spend much of their time and energy building relationships and coaching rather than creating massive distribution channels. Their number one contribution commodity is time, not money. They approach poverty alleviation not by asking, “what do you need?” but, “why are you in this position?” and “what do you already possess that can change your situation?”

Over several years of research, study, observation, and involvement with the poor I learned a tremendous amount about how to help without hurting. Then I found two books that confirmed everything I learned. When Helping Hurts and Toxic Charity are excellent resources for anyone who wants to know how to genuinely help the materially poor without contributing to the cycle of poverty.

Based on what I learned over the last decade and the materials in When Helping Hurts and Toxic Charity,

we rebuilt the financial ministries program at our church to emphasize relationships and coaching instead of direct benevolence. I’ve seen marriages restored, souls saved, and debts repaid as a result. I’ve learned that over 90% of the people who approach our church for financial support don’t actually need it. They need someone to walk through life with them and encourage them to make wise decisions with the resources they already have.

These two sermons present the foundation for genuinely helping the materially poor without leading to dependency. Our goal is to give a hand up, not a hand out. We don’t want to build a safety net, we want to be a trampoline.

How to help without hurting part 1

How to help without hurting part 2