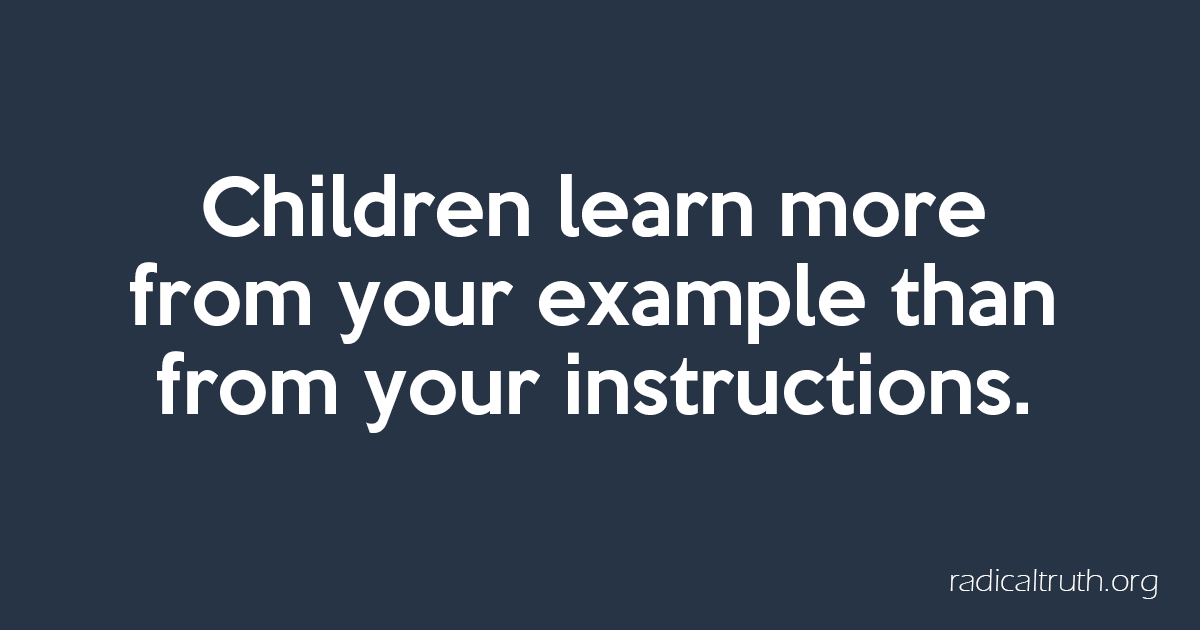 I always thought “do as a say, not as I do” was a terrible rule. But now that I’m a parent, I see how easy it is to slip into that way of thinking.

We're at the stage where my son wants to imitate everything I do. When I laugh at something, he laughs. When I cross my arms, he does the same. When my team scored a touchdown for the lead and I yelled with excitement, he jumped up startled and terrified from the noise! But two minutes later, he started yelling excitedly at the game just like I did and then looked at me for approval.

It's easy to forget how much our kids observe and pattern their lives based on ours. We have to carefully model the behavior we wish to see from our children and not resort to “do as I say, not as I do.”

I’ve recently started doing some of my devotions with my son. I read in my Bible and he reads in his. This kind of modeling will hopefully develop in him the idea that spending time in the Word of God is part of our normal daily lives. As he is included in my devotion time, I think he will learn and desire to have his own devotion time as well.