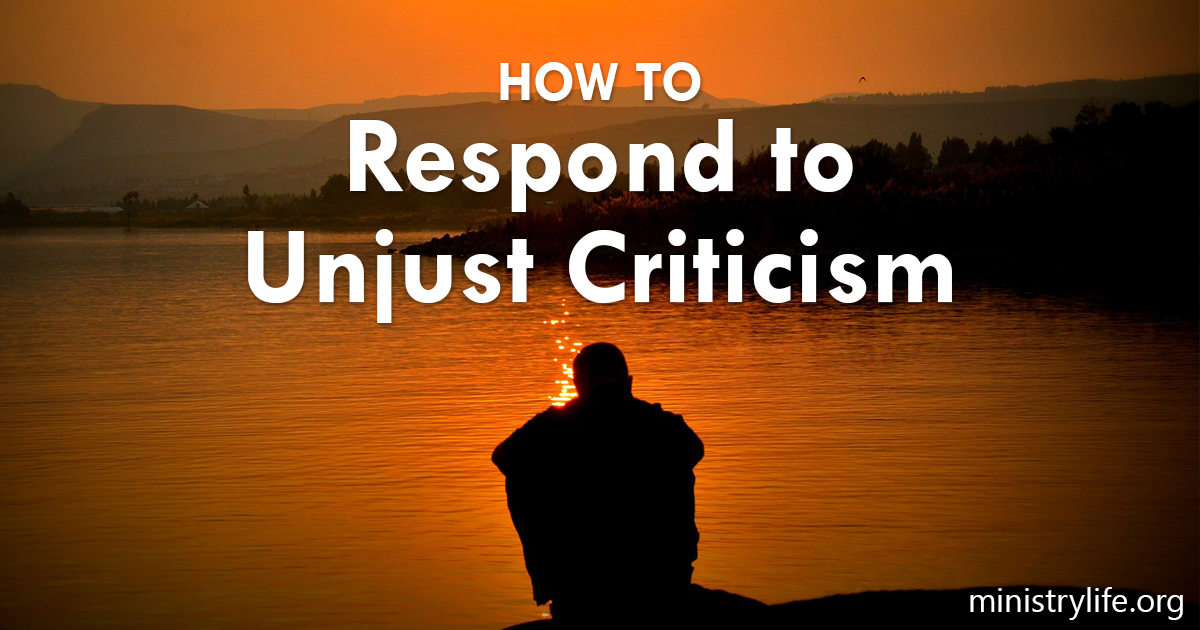 One day, I was criticized by a person who heard others complaining about a particular decision and decided to join the slam fest. One week later, the same person heard other people praising the decision and, realizing how opinionated people are, came to apologize. It just proves the old saying, you can’t please all the people all the time!

If you aren’t facing any criticism, you probably aren’t leading.

There’s a great passage in Proverbs 12 that helps us understand the balance between responding to helpful or hurtful criticism:

The way of a fool is right in his own eyes, but a wise man listens to advice. The vexation of a fool is known at once, but the prudent ignores an insult.


Fools think they are always right

Fools ignore all criticism because they think they have no need for growth. Ultimately, this attitude comes from arrogance and pride. Whether criticism is warranted or not, we can always learn to do better.

This doesn’t mean he always agrees with the comments. The phrase “listens to advice” literally means “allows others to tell him what they think,” “puts his ear on what they say,” or “listens to the whispered words.”

When fools receive insulting feedback, they react in explosive ways. “How dare they say that about me? Those ignorant people!”

Being wrongly criticized is insulting and discouraging. We can’t control what other people say to us but we can control our response. A wise man listens but filters.

Feedback should always be welcomed but evaluated carefully.
If you take all feedback too seriously, it can crush your spirit. Understand that some of the feedback you receive will be accurate, some will be inaccurate, and most will be a confusing blend.

Being receptive to feedback doesn’t mean you agree with it.
Some people think that humility means you agree with all of the feedback you get. In other words, if I criticize you and you disagree with me, it’s because you’re prideful. But the truth is, I have just as much potential for being wrong as you do. It’s arrogant for me to think you must agree with my critique.

When you disagree with criticism, you may have a close enough relationship with the person that you can explain your position and agree to disagree. Sometimes, however, you just have to show appreciation for the feedback, share that you will evaluate it carefully, and move on.