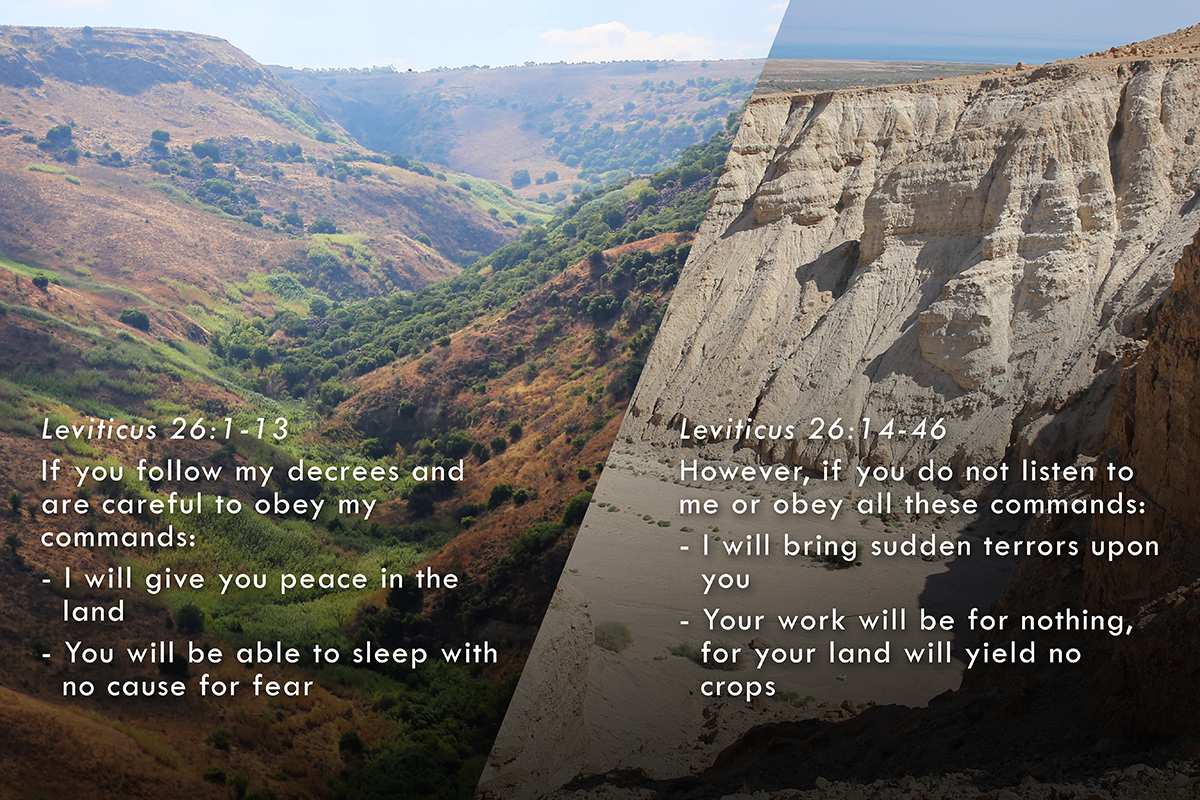 I've been reading in Leviticus each morning and today's chapter really struck me. Leviticus 26 shares two potential outcomes for the nation of Israel. If the people obey and follow God, He will bless them tremendously. However, if they reject Him, He will discipline them severely. And yet, even if they do, He will remain faithful to them as a people and not reject the covenant He made even if they do.

It is eerie for me to read the first half of this chapter and think about what could have been for ancient Israel. God says of their enemies that "five of you will chase a hundred, and a hundred of you will chase ten thousand!" Of their economy, He says, "You will have such a surplus of crops that you will need to clear out the old grain to make room for the new harvest!"

Perhaps the most amazing promise is this: "I will live among you, and I will not despise you. I will walk among you; I will be your God, and you will be my people."

What would the world look like today if the ancient Israelites truly followed and obeyed God? It fascinates me to think that God offered them a different path and yet, the next several hundred years would bring a cycle of rebellion in which Israel repeatedly rejected God to serve false gods or themselves.

What would history look like, if Israel consistently followed God, saw incredible economic growth year after year, and was able to repel enemies at a ratio of 1 Israelite for every 100 enemies?