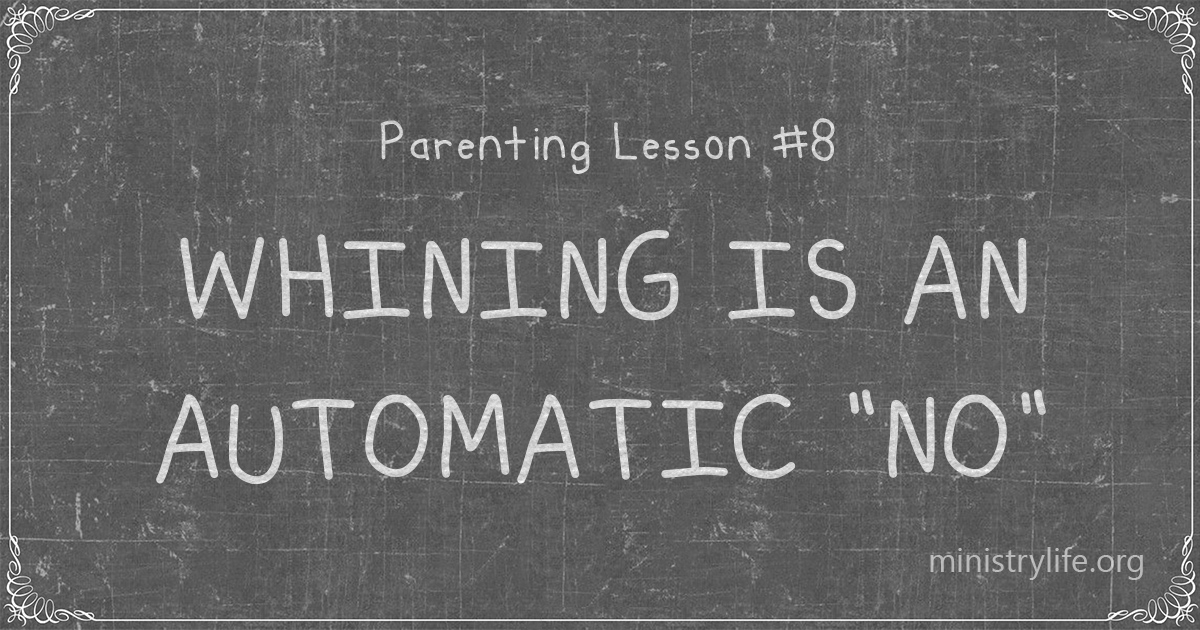 My wife first heard this little gem on a Kevin Leman podcast and we loved it immediately. Here's how it works: Even if a request from our son would normally be granted, if he asks while whining, the answer is always “no.”

One night, my son was unhappy with his initial choice in jammies and he began to whine and cry as we put them on. I explained to him that, if he had asked nicely, we could have changed to the jammies he wanted. But whining is an automatic “no.” He stopped crying, looked up at me, and said, “dadda, I no whine no more.”

That has become a favorite phrase of his. “I no whine no more. ” He’s beginning to figure out that whining and crying NEVER results in what he wants, so it isn’t worth the effort.

Now that he is a few months older he can finish the sentence for me. If he is asking and whining I just say, “whining is…” and he fills in “an automatic no.”

Of course, kids are scary smart. Sometimes after whining, crying and correction, my son regains his composure and, with great poise and maturity, he makes his request in a normal tone. But the answer at this point is still “no.” Because he whined already, it’s too late to ask nicely. This is important to teach him that actions have consequences even after he changes his behavior. I will always explain this to him and usually he moves on without incident.

Even if he breaks down, I have to stay firm and consistent. Ultimately, this is an investment in his future character. Gradually, he is learning to use his words nicely every time without whining to get his way.